Unnoticed for a generation, a legendary and mysterious figure from the decade after Stonewall has been quietly living in Europe. He is getting an exhibition during Berlin’s Folsom fetish week in September and I’ll be speaking at the opening on the 8th.

Before Mapplethorpe there was Rex. Just as Tom of Finland realised and gave form to a new ideal of gay masculinity for the generation before him, Rex prepared the way for Mapplethorpe and the modern fetish community. He is the last of the legends from that era. A bit like an animal thought extinct (AIDS has wiped away many) he has been found alive continuing doing what he does. 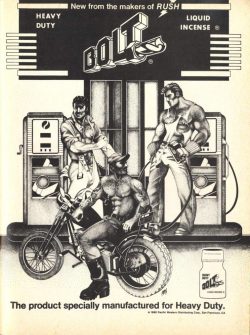 I got to know Rex online having purchased some ephemera from his dealer in America. I wanted to hear first-hand about a scene, one I knew from friends and from imagery, to get a first person account. Understandably cautious – like Tom of Finland he has been constantly abused in terms of copyright and for the supposed unacceptable nature of his imagery – we have been corresponding for a long time now. A central figure in the era after Stonewall,  if anything Rex was the person Mapplethorpe followed with his X portfolio works explicit imagery, but hardly anyone is aware of that fact. Fine art curators have only very recently begun to tolerate looking at figures like Tom of Finland who has now breached their prejudice. He did so mostly because print writers were looking at gender and queer studies but also because, collected by and known to figures such as Andy Warhol and Mapplethorpe, his work found a place in celebrity auction sales. Sex and money lead to talk and profile. If you are not programmed to reject the content (I identify with much of it) what strike me is a fine artist of quality: these are not just dirty doodles. 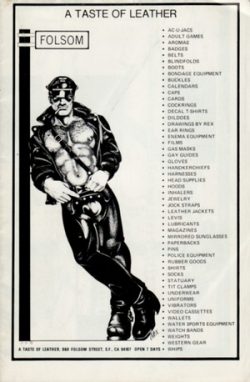 A Taste of Leather

Pornography, undeniably a factor in social history, is beginning to get discussed in a sensible way. For instance the British Museum’s ‘Shunga: sex and pleasure in Japanese art’ (2013/14) and remarkably the Warren Cup’s prominent display there. But still gay porn in particular and anything not given the pre-fix ‘fine’ art, especially where fetish is depicted, is mostly a taboo too far. Gay fetish is still in the corner, age-of-consent room for deviants if it is present at all. Personally (and I know Rex agrees) there is no reason pornography should not be considered as serious and art. Images deliberately crafted to appeal to sexual tastes have always been around. From The Barbarini Faun in Munich to Venus, Cupid, Folly and Time by Bronzino, and up to the glossy concoctions of Helmut Newton and Herd Ritts, finely crafted erotica is OK but generally, penetrating (especially penetrating) or explicit acts are not be part of the conversation. A whole section of human life is relegated to blacked out shops and internet viewing. 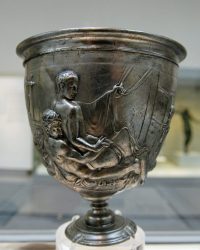 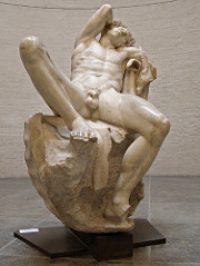 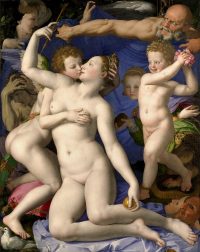 In Rex’s case he has been considered deviant and debauched from both sides of the argument. I don’t share either view but am very interested in where and why the lines get drawn. Unlike Rex, who doesn’t care if people are offended, I have always found myself wanting to mediate between camps. In someway Mapplethorpe did this extremely cleverly with his dual invitations to uptown and downtown, a sophisticated manipulation of consumer desire. Prudes and moralists one expects but liberal thinkers find in Rex things that will not win them ‘good as you status’. Probably both camps find he stirs fears they have about their own unspoken sexual fantasies so he is unspoken about by all but those who share his world. He does not care about that; he is proud to be a voice of hidden spaces. As a profile on a sex site said “I don’t have a dirty mind – I have a sexy imagination”. Apart from finding his work compelling, both sexy and powerfully disturbing, my reason for being interested is on several levels. Firstly I know that world and that it portrays an aspect of male desire; second he is important both to the history of LGBT cultural history and has dropped off the radar; lastly he is a very good artist.

In terms of his cultural interest, in many ways Rex is the surviving Godfather of Folsom which began in San Franscisco and is now ‘franchised’ (Berlin being the famous offshoot). If you look at his work you will find the inspiration for a major thread of the adult gay sex industry. First in New York where his work was the public face of now near mythical clubs such as the Mineshaft and the most famous of fetish bars, the Eagle, the Lure and Rawhide. Then in San Francisco where Folsom began, he was part of the fabric of both city’s gay DNA. It is not possible to imagine fetish now without the imagination of the man who drew it then. It was Rex’s work that promoted the famous Black and White circuit parties at the Saint in New York and featured in the film Cruising staring Al Pacino.

Entrance to the notorious Mineshaft in New York

Poster for Rawhide in New York

Illustrating Genet – Caillaux’s image of sex in a pissoir

Notice at the entrance to the Mineshaft in the 1970s

Rex is a kind of subconscious of our desire. Much of the criticism aimed at him is not justified. Criticised for depicting unsafe sex in the 1980s, the world has now come full circle, from abandoned hedonism and debauch, through extreme paranoia, to a world of BB and PrEP, he actually eroticised condoms from before AIDS was named. The charge of unsafe imagery is not justified: in actual fact he has rarely shown penetration in his images and condoms are an erotic focus. The fact that, unlike many, he is still with us tells us something. What really unnerved people was that he suffuses his work with a peculiarly strong aroma of a reality people suspect but do not want to acknowledge takes place. Like a horror film it just might happen. Animals and curiously child-like midgets in his circus series, or feral tattoed youths like avatars for sexual delinquency roam alleys or dilapidated dark rooms. Like the film Don’t Look Now, the figures are not what they seem. He is scary in his open provocation to you to run or turn on the light. Like Hell Raiser, he reveals bestial behaviour behind doors that once opened are difficult to close. These are just drawings but our mind is led astray; it is what Magritte called ‘The Treachery of Images’.

What interests me is why, say, a Francis Bacon or a Nan Goldin image of messy sex or underground behaviour is somehow more ‘serious’, more valid than Rex’s interior world? I’ve been in some of the rooms he depicts, but above all I’m for the marginal and pushed aside, and Rex is certainly on the edge. Most of his work is hidden in pay-to-view spaces. I feel akin in many ways, identifying with the watcher in him, artists never belong to his subject – he cannot – he must be a mediator. Rex is deliberately anonymous (he refuses to disclose his name or birth or personal background), he is the character that sits on the edge of vision. Working with him I put up an entry on Wikipedia but although there are books, exhibitions of his work are extremely rare. Through helping another artist, the photographer John Palatinus, I had met the entrepreneur Bernard Althans of Berlin who did an amazing job organising exhibitions for John around Europe. Putting them in touch, he has now secured a showing for Rex in Berlin (the publication for it can be viewed in English or German). I’ll be there at the opening to say something about his work… as well as visiting Berlin’s Rex-like nightlife during Folsom.

Rare 1980’s out of print collection