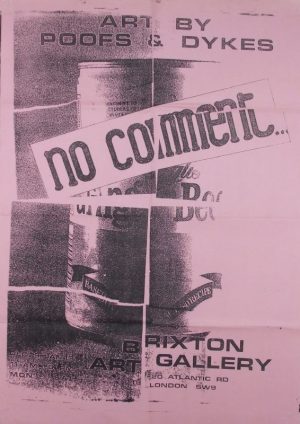 The poster was designed by Nick Balaban and was a deliberate play on the Cockney rhyming slang (ginger beer=queer)  and a play on Andy Warhol’s soup cans. Warhol rarely gets the credit he deserves as a queer pioneer but when Nick Met him (Warhol liked to go to Bangs, the precursor of G.A.Y. when in London) he asked what advice he had for young artists. Warhols reply was “paint flowers, they sell”.

A flash polaroid camera was brought to the gallery for some reason and double exposure image was taken with myself, Mandy McCartin, Eamon J Andrews and M’s friend. The first 50 shows at Brixton Art Gallery can by viewed here and I helped archive a collection relating to it in Tate Archive. 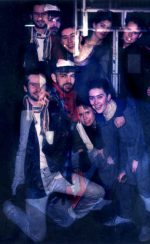 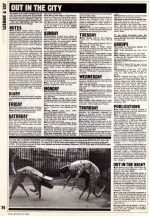 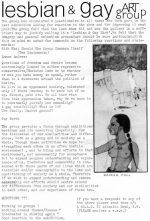 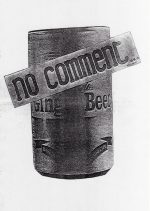