HIV – My Diagnosis & After 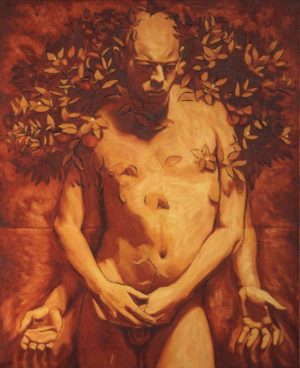 HIV has affected my work in one way or another since the first time someone I knew died in 1985. With my own diagnosis in 1992 HIV predictably began to become more overt in the work.

Like many gay people who lived through the 1980s and 1990s, I experienced an increasing number of deaths. At first only at a distance but gradually, like an advancing army, HIV has closed in, picking off people closer and closer to me. With the loss of my best friend, the artist Nick Balaban Death seemed to be on my doorstep, and, finding myself staring him in the eye like Robert Mapplethorpes famous self-portrait, it became the main focus of my work in the late 1990s and still shadows things I make.

The virus is deceptive thing, something intangible, something unseen with only the effects to show its presence. These are twofold: the physical and the emotional. The awful physical effects of the virus, desiccating people into the too familiar skeletal shadow, were not something I felt a need to communicate or wish to remember at the time. Now with a generation who missed the horrors that scared us into safe practice there is a temptation to go back, to say as with war ‘never forget’.

I believe that unless you are positive or until you have experienced its effects at very close hand, seeing someone you love die slowly and painfully, you cannot really express the kinds of feelings involved. For me X-ray photographs of sex, images of condoms and rubber gloves, surgical appliances or vials of blood in installations, do not begin to show what this virus means to an individual who has to live with it. HIV is not intellectual and in art should not be ‘conceptual’. The polemical approach did not work either: you do not convince by shouting at people.

I personally need to move forward after my own experience, to make a new life but I find in many ways I cannot escape what I experienced. Trying to focus on the person inside, the prisoner within was what I needed to try to deal with. I made what I called ‘Head Box’ sculptures as a metaphor for the person within: wanting to show by actually inviting the viewer to look through my eyes at an interior space how I feel behind the everyday facade. Questions like “how are you?” or “ what are you thinking?” are not easy and simple for me anymore. These have developed into my more recent heads. 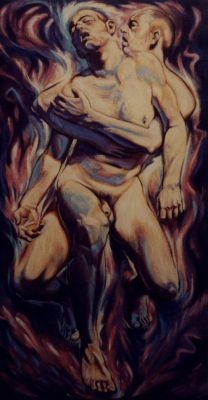 When my friend Nick died it left me almost defeated in terms of finding a way forward in my life as well as my work. Nothing about the experience was in any way redeeming, from the cruelties of a virus that first blinded him then starved him to death, to the reactions of people around him, including my own. That well-worn phrase ‘life goes on’ seemed to be the case for others but not for me. Others had a brief encounter with the virus and seemed able to put it behind them and get on with their lives. For me it was never going to go away and I had to deal with that fact.

At first bitterness, despair and numbness were the only things I felt. Not the best of emotions to try and communicate with! I felt as if I had ingested poison and unless I could find a way of transmuting it, it would destroy me. Something of this is expressed in ‘Expulsion after the Fall’ and smaller acrylics. Having got some of the raw pain out and tangible, I began to find other images that I felt conveyed the complex emotions I was experiencing or had experienced. 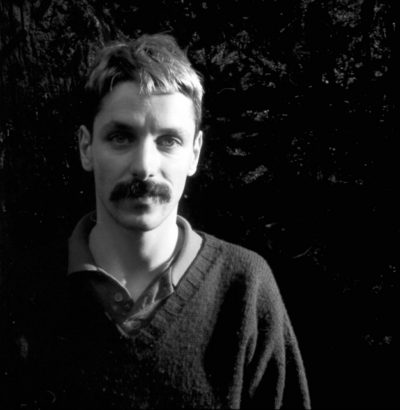 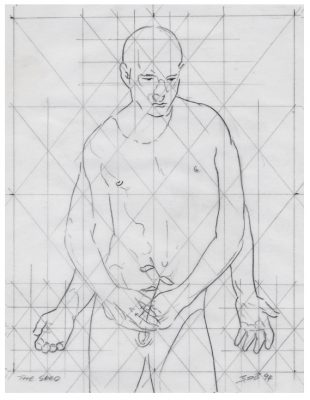 ‘Dark Seed, Strange Fruit’ was the painting I did specifically about my own diagnosis, of having to produce growth and fruit from the seed of HIV.  But what AIDS shows us is nature itself , risen up with terrible force to mock our delusions of knowledge and control….  For me, the ultimate power of the universe is nature, not god, whose existence I can understand only as depersonalised vital energy.

….everything great in human history has been achieved in defiance of nature.
Camille Paglia

After a year of suspecting it I am finally confirmed as HIV+….

…. Anyway the long and the short of it is that I have the test (rapid 48 hrs thankfully!) and find out that my suspicions are confirmed. My response is, incredibly, relief. A weight of doubt and worry lifted. Feeling lighter I actually almost smiled. Richard, who has been completely wonderful, is in tears. My biggest regret is what this will do to him….

I had an idea for a painting to describe what it feels like to have this unwelcome occupant in my body. The image of a seed growing slowly, drawing on me like a parasite. But, perhaps, producing unexpected fruit…. Plenty of scope for Freudian interpretation! 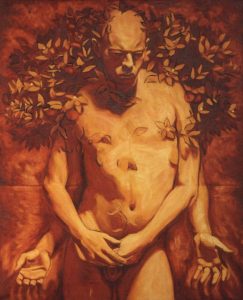